This is Part 1 of Assignment 7.

A circuit model for a neuron connected to a patch clamp apparatus consists of a time-varying voltage source in series with an output impedance of 1011 Ω. There is an oscilloscope next to the neuron with an input impedance of 106 Ω and an input capacitance of 20 pFd. A new UROP in the lab attempts to measure the electrical spikes produced by a neuron (called action potentials) by connecting the patch clamp apparatus to the oscilloscope with a cable that has a capacitance of 80 pFd. Action potentials are about 100 mV in amplitude and about 1 ms in duration. You can model the noise in the oscilloscope as a random, additive, normally distributed voltage with a standard deviation of 10-3 V. 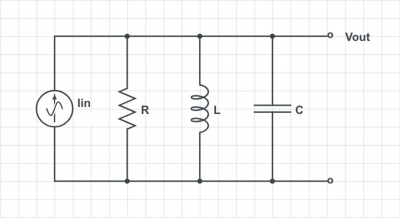